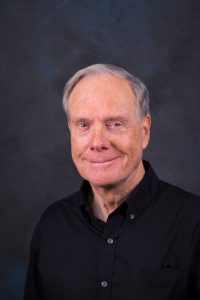 It is with great appreciation and thanks that we announce the retirement of the Virginia Office of EMS’ (OEMS) Audio Visual Technician Terry Coy, who has served 28 years of dedicated service to the Commonwealth and Virginia’s EMS System. Beginning in January 1991, Terry was able to quickly establish the Emergency Medical Services Satellite Training program (EMSAT), which was created to offer free, quality EMS training to primarily rural Virginia EMS and fire crews. Later, Terry transitioned the program to a web-based format that continues to be free of charge to providers. Terry was able to acquire knowledgeable and well-known hosts, recognized at the state and national level. Terry’s meticulous and tedious editing produced high quality educational programs, several of which were recognized nationally.

During his tenure with the Virginia OEMS, Terry’s contributions to EMS education produced approximately 503 programs that were viewed more than 287,211 times and awarded greater than 290,584 hours of continuing education. His impact on the recertification of Virginia EMS providers will continue for years after his retirement. Please join us in thanking Terry for his service to our office, Virginia’s EMS System and the Commonwealth of Virginia.