Virginia’s Health is in Your Hands. Do your part, stop the spread. 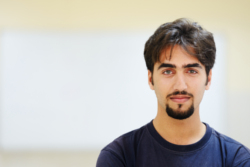 The CYSHCN Hemophilia Program is a legislatively-enacted program for the care and treatment of persons with hemophilia and other inherited bleeding disorders. Virginia recognizes that the ongoing medical costs of treating such bleeding disorders often exceed the financial capacity of families, despite insurance coverage. The program supports a system of coordinated, family-oriented, multidisciplinary services for persons of all ages with bleeding disorders.

Hemophilia
The two most common types of hemophilia are Factor VIII and Factor IX Deficiency. Because hemophilia is carried on the X chromosome (one in the pair that determine sex), most patients with hemophilia are males.

Von Willebrand Disease
The most common of all inherited bleeding disorders by both men and women, affecting up to one in every 100 individuals. It is caused by two missing or poorly functioning clotting factors: von Willebrand Factor and Factor VIII. Von Willebrand Factor is a “glue-like” adhesive protein that carries and protects Factor VIII in the blood and sticks to blood vessel walls when they are injured.
Emergency Preparedness Resources for People with Special Health Care Needs or Disabilities