The Virginia Department of Health (VDH) is dedicated to protecting and promoting the health of Virginians. The VDH is made up of a statewide Central Office in Richmond and 35 local health districts. These entities work together to promote healthy lifestyle choices that can combat chronic disease, educate the public about emergency preparedness and threats to their health, and track disease outbreaks in Virginia.

The VDH is led by the State Health Commissioner, appointed by the Governor of Virginia. The Commissioner oversees the direction of the agency and provides feedback to the Governor through the Secretary of Health and Human Resources. The Commissioner works alongside numerous Deputy Commissioners and other key figures on the leadership team in heading the VDH in its efforts to navigate the complex health landscape and to promote the well-being of all people in Virginia.

To learn more about the offices of the VDH and their Deputies please follow the below links:

Dr. Greene is a family doctor who spent his youth on eastern Long Island and in central Florida, graduated from Johns Hopkins (Bachelor’s) and Temple University (MD), and trained in Family Medicine in Lynchburg, finishing in 1987. He then served 30 years in the US Army, with assignments in clinical full-service family medicine (including delivering babies), family medicine residency faculty, primary care director, chief medical officer of hospitals in North Carolina and Iraq, and director of the premier biomedical research institute in the Department of Defense, the Walter Reed Army Institute of Research. In 2006, Dr. Greene earned an MPH from the University of Washington and went on to work for the Virginia Department of Health in July of 2017 as Director of the Lord Fairfax Health District.

Dr. Greene lives with Kate, his wife of 35 years; they are in the process of moving to Richmond.  They have three adult daughters. Dr. Greene has visited 34 countries, and has set foot on every continent except Antarctica. 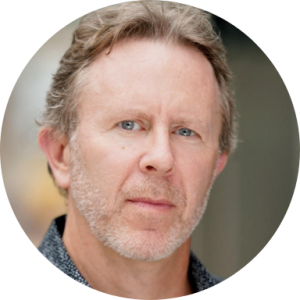 Jeff Stover, MPH, serves as the Chief of Staff for the Virginia Department of Health (VDH), providing executive oversight and assistance to the Health Commissioner, members of the Commissioner’s Leadership Team, and other agency leaders to ensure operational and structural readiness and efficiencies.

Jeff has served VDH since 1998, including previous roles as the Operations Director for the Deputy Commissioner for Population Health, Director of STD Prevention, and Director of Health Informatics & Integrated Surveillance Systems within the Division of Disease Prevention. Jeff previously worked as an occupational and reproductive health research and laboratory coordinator at the University of Alabama at Birmingham (UAB), as well as an industrial hygiene chemist for an environmental consulting firm in Norfolk, Virginia. He received a master of public health degree from UAB and bachelor’s degree in Environmental Health from Old Dominion University, is an alumna of the University of North Carolina Management Academy for Public Health, and the McChrystal Group’s Chief of Staff Executive Academy.

Lilian Peake, MD, MPH, serves as the State Epidemiologist, Assistant Commissioner and Director of the Office of Epidemiology. She provides leadership for communicable disease prevention and control, the Center for Community Health Improvement, and the Advisory Committee for VDH Epidemiology.

Dr. Peake’s previous roles include Director of Public Health at the South Carolina Department of Health and Environmental Control and Deputy Commissioner for Population Health, Director of the Office of Family Health Services, and District Health Director at the Virginia Department of Health. She received a medical degree from the University of Virginia and a Master of Public Health from the Johns Hopkins University’s Bloomberg School of Public Health. She completed residency training in Preventive Medicine at the Medical College of Virginia, Virginia Commonwealth University. Dr. Peake is a Riley Institute Diversity Fellow and an alumna of the Association of State and Territorial Health Organization Leadership Institute. 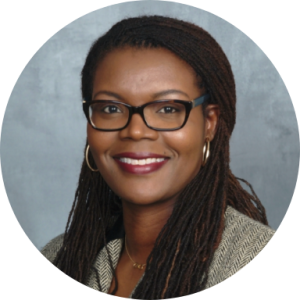 Kathryn Crosby, MBA, serves as the Chief Diversity, Equity, and Inclusion Offer and describes herself as a diversity, equity, inclusion, and belonging (DEIB) strategist and implementer committed to establishing and/or contributing to spaces in meaningfully impactful ways that intentionally promote and advance DEIB. As VDH's first Chief Diversity, Equity, and Inclusion Officer, she both oversees the Office of Health Equity and operationalizes diversity, equity, and inclusion to create an equitable and inclusive workplace culture and climate within the agency.

Prior to joining VDH, Kathryn was the DEI and Health Equity Officer at the Virginia Department of Medical Assistance Services (DMAS) where she worked to destigmatize Medicaid and promote health equity for 1.9 million Virginians who are Medicaid beneficiaries. Kathryn received both her bachelor’s degree and MBA from Averett University in Danville, Virginia, and she recently received her Master of Human Relations, concentration in Diversity, Equity, and Social Justice, from the University of Oklahoma. She earned her graduate certificate in Industrial & Organizational (I/O) Psychology from Grand Canyon University and completed Cornell University’s Diversity & Inclusion certificate program. 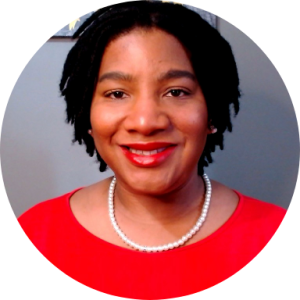 Tiffany previously worked at the Virginia Department of Behavioral Health and Developmental Services where she served as its Director for the Office of Management Services an office that  manages the performance contracts between DBHDS and the Commonwealth's 40 Community Service Boards (CSBs), which deliver mental health, developmental and disability, and substance use services in regions throughout the state. Tiffany also led a project and change management team at DBHDS. Additionally, Tiffany served as the Director of Procurement at the Richmond Redevelopment and Housing Authority and as the Director of Compliance and Procurement at the Richmond Ambulance Authority.  She received her BS from Boston University, her MA and MPA at Virginia Commonwealth University, and her JD at the University of Richmond School of Law.

Additionally, Tiffany is the proud adoptive mother of two children, Sherrod and Brooke, as well as the proud caretaker of a dog named Brownie.

Sonia is married to John Pender of Walpole, Massachusetts; they have one son, Jake and enjoy boating, sailing, fishing and cooking with Buddy the Beagle. 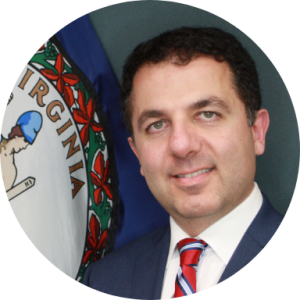 Parham Jaberi, MD, MPH, serves as Chief Deputy Commissioner for Community Health Services. He is responsible for providing centralized planning, oversight and management of the programs and operations of the health districts, and defining and directing the overall goals of CHS by providing the strategic leadership and consultation to achieve the agency vision of becoming the Healthiest State in the Nation. Dr Jaberi assures that the 35 health districts of Virginia operate in a unified manner and in accordance with agency and CHS mission and values.

Dr. Jaberi is a board-certified preventive medicine physician with over 15 years of experience serving as a local and state public health official both in Louisiana and in Virginia. Prior to this role he provided oversight to Public Health and Preparedness VDH offices including Offices of Emergency Preparedness, Emergency Medical Services, Environmental Health, Drinking Water, Radiological Health, and the Chief Medical Examiner. In recent months, Dr. Jaberi has also provided interim local health director support to multiple health districts including Norfolk, Virginia Beach, and Portsmouth Health Departments. Dr. Jaberi obtained his Bachelor’s Degree from Johns Hopkins University, his Medical Doctorate from the University of Maryland School of Medicine, and completed his Preventive Medicine Residency and Master of Public Health at Tulane University. 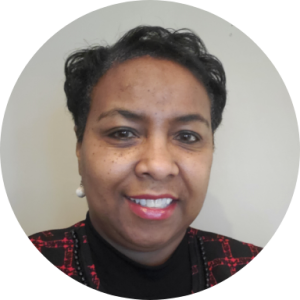 Angela has 31 years of State Service.  She has been with the Virginia Department of Health (VDH) for 20 years. She has been the Assistant Deputy Commissioner for Community Health Services (CHS) Operations, since February 2022. In this capacity, she is responsible for the comprehensive operations and oversight of CHS agency-wide programs. She also serves as primary consultant to the State Deputy Commissioner on a variety of statewide programs to assure quality services are provided to all citizens of Virginia. Angela was the Director of Shared Business Services supporting the administrative operations of central offices for two years and a Local Health Department District Administrator for over 18 years.  Prior to that, she has worked with the Virginia Employment Commission for 11 years in tax, workforce consulting, training, unemployment, and employment services. She was also a Chief Operating Officer at a Federally Funded Community Health Center. Angela earned an MBA from Troy University and a BA in Finance from Virginia Tech. 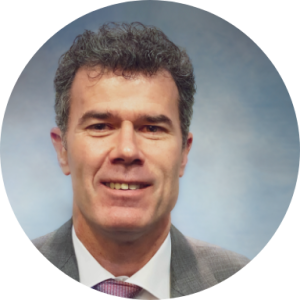 Joe Hillbert, MPA, has been the Virginia Department of Health (VDH) Deputy Commissioner for  Governmental and Regulatory Affairs since August 2018.  In this capacity, he assists and advises the Commissioner on a wide range of policy, operational, legislative and regulatory issues.  Joe also serves as VDH’s legislative liaison during the General Assembly Session, and works closely with staff in the Governor’s Office, Secretary’s Office, other Executive Branch agencies, and the legislative branch.  He is also responsible for the Office of Licensure and Certification and the Office of Communications, including the agency’s FOIA response function. He is also responsible for regulatory coordination, administration of the State Board of Health, constituent mail response, and the VDH Institutional Review Board.

Prior to coming to VDH in 2002, Joe served as a Senior Health Policy Analyst at the Joint Commission on Health Care for three years, where he researched and reported on a number of health care-related issues for the General Assembly.  Prior to that, Joe served as a legislative analyst for the Joint Legislative Audit and Review Commission for eight years.  In that role, he conducted a number of policy analyses and program evaluations concerning several different state agencies and programs.  Joe has a B.A in Political Science from the State University of New York at Albany, and an M.P.A. from New York University.  He is a graduate of the Virginia Executive Institute. 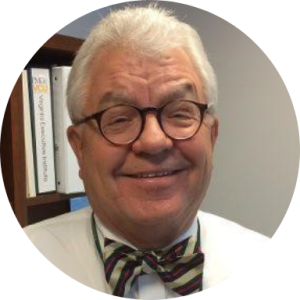 He began his career in public health at the Prince William County Health District working first as a field environmental health specialist and then as a supervisor of environmental health specialists.  For the next 27 years he served as the Director, Office of Environmental Health Services for the Virginia Department of Health.   In this position he provided leadership for most Virginia Department of Health environmental health programs by managing over 60 employees and providing guidance to 119 local health departments (over 450 Environmental Health Specialists) across the Commonwealth.   In November 2012 he was promoted to Deputy Commissioner for Community Health Services.  The Deputy Commissioner for Community Health Services in the Office of the Commissioner provides centralized planning, oversight and management of the programs and operations of the 35 health districts (over 2,770 employees). He received his bachelors of science in Chemistry from the College of William and Mary, and his Masters of Science in Administration from George Washington University. 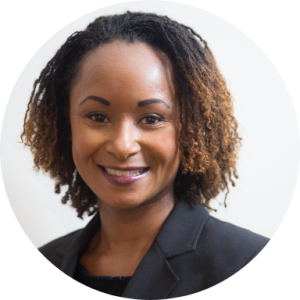 Shameera began her career in public administration with the Department of Defense (DoD).  Within the DoD, she served as a Labor Relations Specialist with the Department of Navy, where she litigated third party appeals and gained extensive experience in organizing and leading teams, implementing negotiation techniques, and conflict resolution methods. Subsequently, she served as a Lead Human Resources (HR) Specialist with the Defense Logistics Agency where she specialized in implementing analytical techniques to identify, evaluate and recommend creatively effective solutions to complex problems.  In May 2017, she joined the Virginia Department of Health as the Director of Equal Employment (EEO) and Employee Relations in the Office of Human Resources where she utilized a broad range of HR competencies to provide EEO and Employee Relations advocacy and support to the Agency.  She was promoted to Chief of Staff for Community Health Services in 2019 where she provided centralized planning and strategic oversight in support of the programs and operations of the 35 health districts across the Commonwealth (over 2,770 employees).  She received her Bachelor of Business Administration in Business Law from Temple University, Philadelphia, PA and her Masters of Business Administration from Averett University, Danville, VA.