Benzene is a colorless liquid with sweet odor. It evaporates into air very quickly and dissolves slightly in water. Benzene is highly flammable.  It is widely used in United States as a constituent in motor fuels and as a solvent. Benzene is also used to make plastics, dyes, detergents, drugs and pesticides. Tobacco smoke and gasoline contain benzene, and natural sources of benzene include emissions from volcanoes and forest fires. 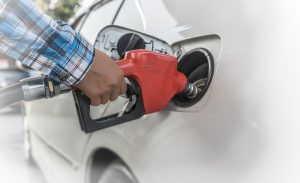 How does benzene get into and leave my body?

Benzene enters the body primarily through inhalation or ingestion. When a person is exposed to high levels of benzene in air, about half of the benzene breathed in passes through the lining of the lungs and enters the bloodstream. When a person is exposed to benzene in food or drink, most of the benzene taken in passes through the lining of the gastrointestinal tract and enters the bloodstream. Once in the bloodstream, benzene travels throughout the body and can be temporarily stored in the bone marrow and fat. Benzene is converted to products called metabolites, in the liver and bone marrow. Some of the harmful effects of benzene exposure are caused by these metabolites and not benzene itself.  Most of the metabolites of benzene leave the body in the urine within 48 hours after exposure.

How can benzene affect my health?

Chronic Effects:  Long-term inhalation exposure to benzene can affect bone marrow and can cause blood disorders in humans. Benzene causes anemia, excessive bleeding and damage to the immune system. Women who breathe high levels of benzene may have irregular menstrual periods and a decrease in the size of the ovaries. There is no information on the effects of fertility in men.

How likely is benzene to cause cancer?

Studies have shown that long-term exposure to benzene in air causes leukemia. The Environmental Protection Agency (EPA), the Department of Health and Human Services (DHHS), and the International Agency for Research on Cancer (IARC) have all classified benzene as a Group A carcinogen, which means that it is carcinogenic to humans.