Virginia Department of Health > Surveillance and Investigation > Hepatitis A in Virginia

The Virginia Department of Health (VDH) has identified an increase in hepatitis A cases statewide, consistent with a rise in cases in many states across the country. After retrospective review of surveillance data, VDH has determined that Virginia now meets the criteria to be considered an "outbreak state" and has declared a statewide outbreak of hepatitis A.

VDH is working in partnership with community stakeholders and medical providers to identify and respond to cases and to provide vaccine to help control the spread of illness. Click on the tabs below to learn more about hepatitis A, the current situation in Virginia, and how to prevent hepatitis A through vaccination.

Frequently Asked Questions About Hepatitis A

What is hepatitis A?

Hepatitis means inflammation of the liver. When the inflammation is caused by infection with the hepatitis A virus (HAV), the disease is called hepatitis A. Hepatitis A ranges in severity from a mild disease lasting several weeks to a severe disease lasting several months. About 3,000 cases of hepatitis A are estimated to occur in the United States each year; a smaller number of cases are actually reported to public health each year because many infected people have no symptoms or mild symptoms and do not go to see a doctor.

Who gets hepatitis A?

How is hepatitis A spread?

HAV can be found in the feces (stool) of infected people and their feces can contaminate surfaces, objects, food, or water. People get sick by swallowing the contaminated food or water or by putting their hands in their mouths after touching contaminated surfaces or objects. The virus can also spread from person to person through sexual activities and sharing contaminated needles.

What are the symptoms of hepatitis A?

Not everyone who is infected will have symptoms. If symptoms develop, they can include tiredness, poor appetite, fever, or nausea. Some people might also have vomiting or abdominal pain, clay-colored stool, or dark urine. Jaundice (a yellowing of the skin and the whites of the eyes) might appear. The disease is rarely fatal and most people recover in a couple of months. Infants and young children tend to have very mild symptoms and are less likely to develop jaundice than are older children and adults.

How soon after exposure do symptoms appear?

Symptoms usually appear within 4 weeks after exposure, with a range of 15–50 days.

How is hepatitis A diagnosed?

Signs and symptoms are the same for all types of acute viral hepatitis, including hepatitis A. As a result, acute hepatitis A must be diagnosed by a specific laboratory test on a sample of blood.

What is the treatment for hepatitis A?

Unvaccinated people who have been recently exposed to HAV can be given the hepatitis A vaccine or a shot of immune globulin within two weeks of the exposure to prevent severe illness. Otherwise, there are no special medicines that can be used to treat a person once the symptoms appear. Generally, doctors recommend rest, good nutrition, fluids, and treatment of symptoms to help a person recover from hepatitis A. A small number of people might need to be hospitalized. It might take a few months before people with hepatitis A begin to feel better.

How can hepatitis A be prevented?

To clean contaminated surfaces, use approximately ¼ cup of 5.25% bleach in one gallon of water or use cleaning solutions containing quaternary ammonium and/or hydrogen chloride (found in many toilet cleaners).

What should I do if I have been exposed to hepatitis A?

Close contacts of an infected person and other people who have been exposed to HAV (e.g., by a food handler or contaminated food) should call their doctor or local health department to see if they should get a shot of vaccine or immune globulin to reduce their chance of becoming ill.

How long can an infected person carry the hepatitis A virus?

The contagious period begins about two weeks before symptoms appear. Most people are probably no longer contagious after the first week of jaundice. People, especially children younger than 6 years of age, can spread the virus without having any symptoms.

Should an infected person be excluded from work or school?

Yes. People with symptoms should be excluded, especially children who attend day care and people who work in locations where there is an increased risk of spreading the virus, including restaurant, day care, and healthcare workers.

How can I get more information about hepatitis A?

The hepatitis A vaccine is safe and effective and is the best way to prevent infection and subsequent illness due to the hepatitis A virus (HAV). The vaccine is available in two single antigen formulations and in a combination hepatitis A/hepatitis B vaccine.

Hepatitis A Prevention in Virginia

In Virginia, local health departments, in conjunction with community partners, are working to prevent hepatitis A from spreading throughout the Commonwealth. Beginning in January 2019, a statewide hepatitis A vaccination campaign will focus on increasing the number of Virginians properly immunized for hepatitis A.

The vaccination campaign will focus specifically on individuals who are members of high risk groups such as those who are/have recently been incarcerated, persons who are experiencing homelessness, injection and non-injection drug users, and men who have sex with men (MSM). Although the campaign’s focus is on those who at higher risk for hepatitis A infection, any Virginian who desires hepatitis A vaccine should receive the vaccine.

Where to find hepatitis A vaccine

Notes:
Cases of hepatitis A are classified based on the CDC/CSTE Acute Hepatitis A Surveillance Case Definition.
Numbers reported above represent only confirmed cases. 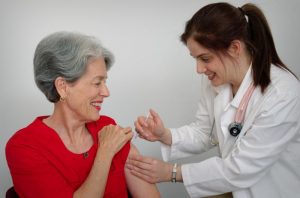 General Information about Hepatitis A