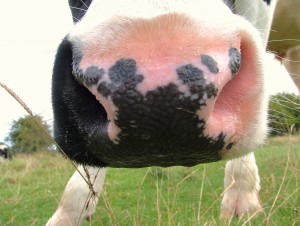 It’s no doubt that Virginians want to be happy and healthy! There are tons of ways to go about living a healthier lifestyle, including incorporating nutritious, healthy foods. With that, you may have been thinking of incorporating raw or unpasteurized milk into your diet. We are happy you are here and doing your research!

There is much conflict over the “raw milk revolution” and at VDH we want to assist the people of Virginia in maintaining a healthy lifestyle with a minimal amount of risk to their well-being. Our goal is to keep the risk of contamination in milk low to ensure the people of the Commonwealth are safely drinking one of the most popular beverages nature offers. Read below for responses to a few common questions and assumptions:

“Pasteurization kills all of the nutrients and enzymes present in raw milk.”

While heating of any food or beverage may inactivate some enzymes and reduce some nutrients, many studies have shown that pasteurization of milk does not significantly change its nutritional value. You will still get the same health benefits of drinking pasteurized milk as you would with raw milk without the risk of vomiting, diarrhea, or kidney disease.

Fun Fact: Milk is known to pack some major nutrient benefits like calcium, potassium, and Vitamin D. Vitamin D helps absorb calcium, promotes bone health, aids in immune system functioning, improves cognitive functioning, and may reduce the risk of cancer and heart disease; however, it is not naturally present in raw milk in significant amounts. You can get Vitamin D from sunlight, certain foods, and fortified milk.

“Many people drank raw milk growing up and never got sick.” 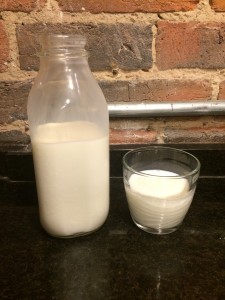 If you’ve been doing your research on raw milk, you have definitely heard this and it’s definitely true for some. However, the thing with milk is that no single batch will have the same potential for germs, and it’s extremely unpredictable as to how each person’s body will react to contaminates present in the milk. Some people grow up living on a farm and drinking raw milk “straight from the teat”, and they most likely have a higher immune response to common microbes found in milk. Bacteria that are in low concentrations while on the farm have the potential to rapidly grow during transport to your house and into your cup. Many factors play into milk safety, and pasteurization is really the only way to ensure your safety. Just remember: you NEVER know what germs are in raw milk, what concentration they are in, or how YOUR body will react to them.

There is no scientific evidence that backs up these claims. Consuming a healthier diet overall can reduce the likelihood of getting various illnesses and may improve preexisting diseases. Pasteurized milk will help attain these results just as much as raw milk.

Pasteurization itself has not been linked to cause any sort of disease or harm. The process of pasteurization is just done by HEATING the milk; NO chemicals or substances are added that would harm the consumer’s body.

“People with lactose intolerance can consume raw milk without the troubles they would experience with pasteurized milk.”

Every person has different dietary needs, and what works for one person will not necessarily work for another. All milk, whether raw or pasteurized, contains lactose (the enzyme people have an allergy against), and pasteurization doesn’t change the quantity or characterization of lactose in milk. If you are lactose intolerant (or even interested in better health), there are alternative milks you can try like soy, rice, almond, or coconut. 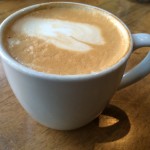 Those sickened in raw milk outbreaks were 13 times more likely to be hospitalized than those who became ill from pasteurized milk during an outbreak.

“It is safe for me and my family to begin consuming raw milk.”

NO. Realize that the risk of drinking raw milk far outweighs any reward you could obtain from consuming it. There are a plethora of bacteria that could cause harm to you and your family, including: Shiga toxin-producing Escherichia coli, Campylobacter, Salmonella, or Listeria. Young children, the elderly, and people with weakened immune systems have a greater chance of getting ill from drinking raw milk. This doesn’t mean that anyone else is any less susceptible to the dangers of raw milk, but it certainly means to steer clear of serving it to your children, as kids are naturally the most common consumers of milk products. The dangers of raw milk range from gastrointestinal issues like diarrhea, vomiting, and stomach cramps to more serious problems including kidney failure, chronic illnesses, paralysis, and possibly death. We will say it again: THE RISK IS NOT WORTH THE “REWARD”.

“I know my farmer and I’ve seen his healthy cows.” 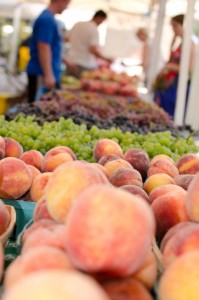 Farmers markets and eating locally are all the rage… and for good reason! There are Virginia farmers currently producing safe pasteurized milk and who you may already know! However, producing raw milk for sale is not a smart public health idea for Virginians. Even the healthiest, well (grass) fed, “organic” cows can carry disease and bacteria without ever knowing it from their appearance. The best of sanitary conditions cannot provide assurance that milk is free of contaminates. Raw milk production on a large scale increases the risk that sanitary practices become even more convoluted and dirty. Even if rigorous sampling is conducted, too many variables have the potential to come into play before the “shelf life” of raw milk reaches you. You never know what your cup of milk has in it when it hasn’t been through proper processing.

This is certainly not true! There have been cases of various outbreaks in milk that has undergone pasteurization and was deemed “safe to drink.” Milk can make someone sick in a variety of ways, including through poor sanitation practices, improper temperature holding, and selling of milk past its expiration date. Improper temperature control allows bacteria that causes milk to spoil to flourish and grow. However, while contamination may happen in both pasteurized and unpasteurized milk, the likelihood of raw milk causing illness is far greater than that of pasteurized milk. The CDC estimates that at this time, less than 1% of the population of the United States drinks raw milk. In states where the sale of raw milk is legal, numbers of milk-related illness outbreaks are higher.

“Drinking raw milk is the only way to improve the health of my family.”

False! There are so many other (and much less risky!) ways to increase the overall health of your family members. Take a look at our VDH Prevention and Health Promotion page for tips and programs in Virginia. You could also check out USDA’s MyPlate, FoodSafety.gov recalls, and the plethora of CDC healthy living information. You’re making the right step in bettering your health and doing your RESEARCH!

CDC: Real Stories of the Dangers of Raw Milk