The Social Determinants of Health (SDOH) are a major determinant of population health outcomes. Depending on how they are measured and defined, the SDOH may account for up to 90% of the variation in health outcomes between communities. COVID-19 is no exception. Previous analysis examined how factors such as race and ethnicity, occupation, poverty and rurality, and housing are playing a role in COVID-19 outcomes in Virginia and elsewhere. Access to health resources is often a factor underlying health disparities, while increasing access can help alleviate disparities created by other factors. In the case of COVID-19, access to vaccines by at-risk populations is essential to addressing disparities. The post examines vaccine disparities by poverty, rurality, and SDOH at the census tract level in Virginia as of August 26, 2021. 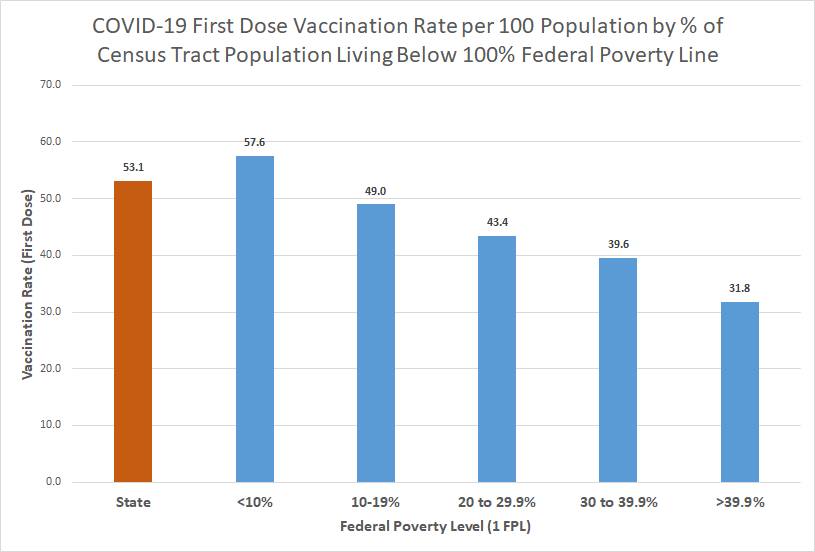 Rural and urban census tracts were classified by the Rural-Urban Commuting Area (RUCA) taxonomy and then further classified into groups – metropolitan, micropolitan, small town and rural. Based on the chart, it can be seen that, people living in metropolitan areas have a higher rate of COVID-19 first dose vaccination than those living in rural areas.  People living in metropolitan areas are 16% more likely to have received their first vaccination than those in the rural areas. 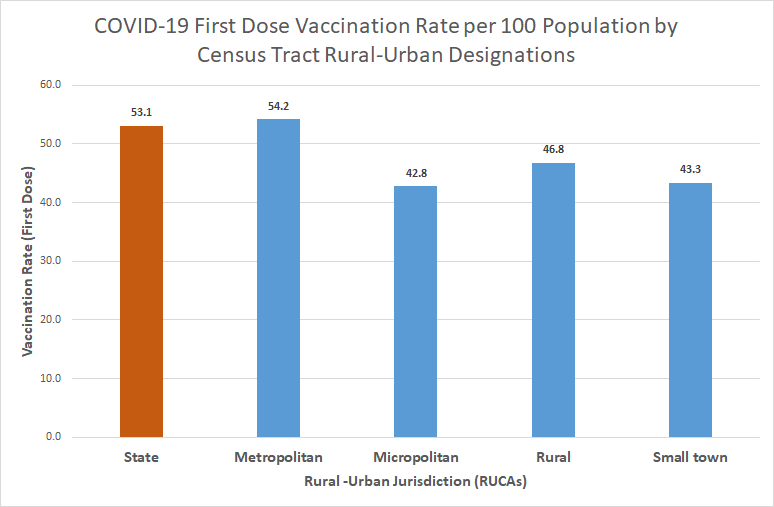