In 1985, the United States Secretary of Health and Human Services empanelled a Task Force on Minority Health to review the available data and assess the health status of minority Americans. The task force identified six causes of death as collectively accounting for more than 80 percent of the excess death and mortality for African-Americans and other minority groups: 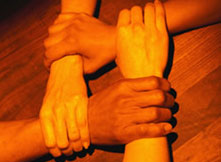 On October 9, 2013, the group’s name was changed to the Advisory Council on Health Disparity and Health Equity (ACHDHE) in order to reflect its great mission as well as the expanded scope and vision of the group that are consistent with integrating all segments of the population including those in rural areas. ACHDHE membership is intended to be representative of Virginia’s minority and underserved populations. The ACHDHE works with the Office of Minority Health and Health Equity in achieving its objectives.

Mission
To promote and advocate for the elimination of health disparities among all racial and ethnic minorities and other underserved populations in Virginia.

Functions:
The ACHDHE has the following duties and responsibilities to serve racial and ethnic minority communities: