Virginia became one of the first states to institute a statewide medical examiner system in 1946. In that year, the General Assembly of Virginia abolished the office of Coroner’s Physician and appointed a Chief Medical Examiner. Four years later, in 1950, the Office of the Chief Medical Examiner (OCME) became a division within the Virginia Department of Health.

Pursuant to § 32.1-283 of the Code of Virginia, all of the following deaths are investigated by the OCME: 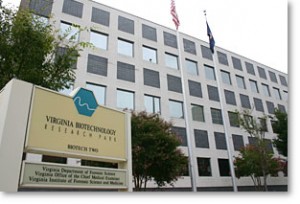 When an autopsy is required, it is conducted in one of four district offices: Manassas, Norfolk, Richmond or Roanoke. Each district is staffed by board certified forensic pathologists, death investigators, clerical and morgue personnel. The Chief Medical Examiner, Dr. William T. Gormley, is responsible for the overall operation of the state’s medical examiner system.

Virginia’s medical examiners and forensic pathologists are committed to public safety and to public health. To promote public safety, they testify to their findings in civil and criminal courts throughout the Commonwealth. They advance public health through their investigations of deaths that present a hazard to Virginia’s citizens, such as emerging infections and bioterrorism. Public health is also supported through a well-established surveillance and fatality review program, one of a few forensic epidemiology units in the nation. The State Child Fatality Review Team, as well as maternal mortality review and intimate partner homicide surveillance projects, are all located within the OCME. In 2002, Virginia became a demonstration site for the National Violent Death Reporting System.

The overall vision of the OCME is to be the best medical examiner system in the world. The following missions form the core of OCME staff members’ efforts in accomplishing this goal: