ESPAÑOL  |  DEAF AND HARD OF HEARING                Internet Explorer browser is not supported. Instead, we recommend using Chrome or Safari.

HOW DO I GET
THE VACCINE?

HOW DO I GET THE VACCINE? 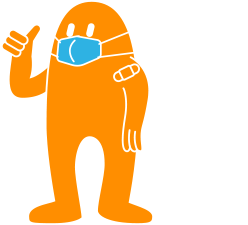 Everyone age 6 months and older can now get a vaccine!
Pharmacy. Walk-up. Online. Phone.
Any way you choose, it’s free, easy, and safe.

JULY 20, 2022- After receiving a shipment of about 160 JYNNEOS monkeypox vaccines on July 19, 2022, Richmond and Henrico Health Districts (RHHD) is starting today to vaccinate individuals who may be at higher risk of monkeypox exposure who have not had contact with a known positive case. RHHD is also launching an interest form for individuals in the Richmond and Henrico area to express interest in receiving a monkeypox vaccine. Individuals can fill out the interest form by visiting rhhd.gov/monkeypoxvax or by calling 804-205-3501.

JULY 14, 2022 – Today, the Virginia Department of Health (VDH) announced a presumed case of monkeypox in a Virginia resident in the Central region of Virginia, bringing the total number of cases in Virginia to 40. Testing was conducted at the Department of General Services Division of Consolidated Laboratory Services.

Multiple countries, including the United States, are currently experiencing a monkeypox outbreak. Although anyone of any gender or sexuality can be infected with monkeypox, most cases have occurred in persons who identify as gay, bisexual, or men who have sex with men (MSM). Three deaths have been reported globally in this outbreak thus far, but none in the U.S or Virginia. As of July 13, CDC had reported 11,068 cases of monkeypox identified in 65 countries; 1,053 cases were reported...

RHHD ONE WEEK INTO ACCEPTING NOMINATIONS FOR THE HEALTH EQUITY FUND

June 24, 2022- One week after the form to nominate community based projects to receive support from the Health Equity Fund (HEF) launched, Richmond and Henrico Health Districts (RHHD) has received fifty-one nominations. RHHD continues to encourage community members and organizations to nominate grassroots projects aimed at reducing health disparities in Richmond’s communities at rhhd.gov/hef through July 28, 2022.

In October 2021, Richmond City Council voted to establish a first-ever Health Equity Fund (HEF) in the City of Richmond through an initial investment of $5 million from federal American Rescue Plan Act funds. Earlier this month, Richmond and Henrico Health Districts (RHHD) announced that...

June 16th, 2022- In 2020, Richmond and Henrico Health Districts (RHHD) launched the COVID-19 call center and hotline number 804-205-3501 to be a resource to individuals requesting information about COVID-19. The newly named RHHD contact center is expanding the topics staff are trained on to expand its services beyond COVID-19.

Throughout the COVID-19 pandemic, the contact center has been a valuable resource to community members and has provided an array of information as it has become available. For example, the contact center provided information on mitigation and prevention guidance, registered individuals for COVID-19 vaccination appointments, connected individuals to testing opportunities, and...

June 9, 2022- In October 2021, Richmond City Council voted to establish a first-ever Health Equity Fund (HEF) in the City of Richmond through an initial investment of $5 million from federal American Rescue Plan Act funds. Today, Richmond and Henrico Health Districts (RHHD) are announcing that a total of $230,000 will be granted to community organizations to address health disparities. RHHD are also announcing the nomination process to fund additional organizations and community leaders will start next week on June 16th, 2022.

“Nothing is more important than the health and well-being of our residents, and I’m proud the City of Richmond was able to dedicate"...

SNAP benefits are increasing. How can we make the most of them?

Hurricane Preparedness: What you need to know (and why you should start now)

The Summer of Vax is going Street to Street!

The COVID Vaccine is now available to kids ages 12-15 in Richmond and Henrico!

Frequently Asked Questions about Phase 1b

Dr. Winn on the Johnson & Johnson Vaccine, Equity, and Access

Add Your Phone to the COVID Fight. 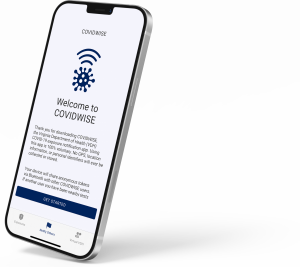 COVIDWISE does not collect, use, or store any personally identifiable information or location data. Learn more about the app or click the links below to download.

The Virginia Department of Labor and Industry COVID-19 standard requires all employers to report positive cases of COVID-19 to the Virginia Department of Health (VDH). The Emergency Temporary Standard mandates that the employer report positive cases within 24 hours of the discovery of three (3) or more employees present at the place of employment within a 14-day period testing positive for SARS-CoV-2 virus during that 14-day time period.

All COVID-19 case reports must be filed through the online reporting portal link below:

Follow us, stay informed, and tag your posts with #StayHomeRVA and #RVAStrong.